Is your self storage business at risk for theft?

3 smart ways that your employees can steal from self-storage businesses, and 2 stupid ways

Is your storage business at risk for theft? Any business that handles cash or inventory is. Actually, let me restate that. ANY business is at risk of theft. If your business is self-storage, though, there are a few common ways for your employees to shave a little off the top for themselves without you ever noticing.

As a CPA for self-storage businesses, I’ve seen more ways for employees to “cook the books” than you’d believe, but I’m here to help you avoid being an easy target for embezzlement. Here are some basic areas in which you are probably vulnerable and how you can place a few basic internal controls to regain assurance that your employees are staying honest with you:

Sometimes there is a valid reason to waive late fees for tenants, but a great way to pocket money during the month is to waive the late fee in the system and take the cash....

The mighty self storage operations manual 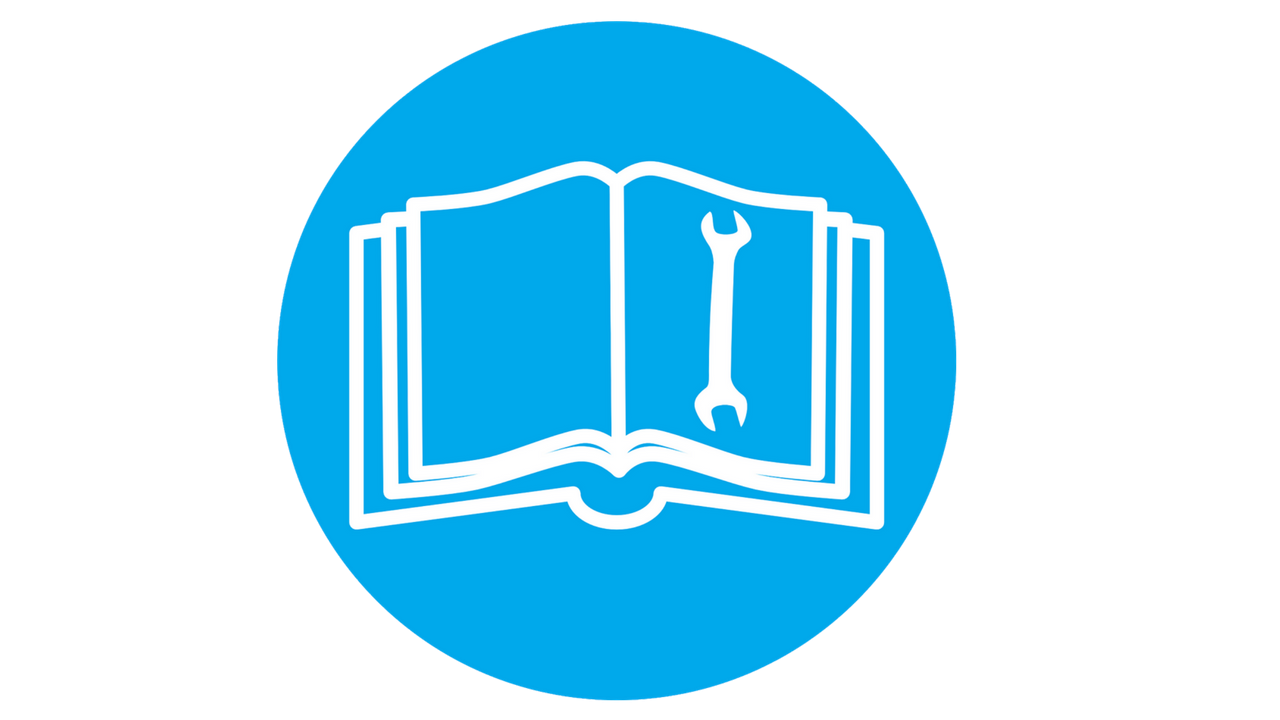 Last summer I went to a self storage facility to do an audit. The facility had one employee who had been there for eight years. The owner trusted her, but he knew one of my other customers and wanted to make sure that everything was running smoothly.

I arrived at the self storage business at 8 am for the audit. I walked into the office and printed the site map and two other reports. The manager went upstairs to her apartment, called the owner and quit.

It was 8:15 am on a Thursday, and the owner found himself with no employees. He had no operations manual, no passwords, and no idea how to run his business.

What is an operations manual?

A self storage operations manual is not a corporate document written in an ivory tower. It's not filled with human resource legal language that is unreadable and unusable.

An operations manual simply a written version of what to do every day and how to do it.

A well-written self storage operations manual is a living roadmap for running your business.

6 Steps to More Freedom in Your Self Storage Business

Do you want more freedom in your self storage business? Do you find yourself working at your self-storage business more than you expected? If you have a manager, do you wonder if he or she is keeping you fully in the loop?

Do you want to be able to relax, knowing that your business is taken care of? Do you want the freedom to take extended trips and not worry?

Here are a few ways to achieve more freedom in your self-storage business:

Few things worry a self storage owner more than rate increases. You worked so hard to get the tenants to sign the lease and move their stuff into your facility, and now you are worried that there will be mass exodus the second the rate increases hit their mailboxes. Did you know that most rate increases only yield a 1% move-out?

Most owners worry about the mass exodus that never happens, and while they are worrying, they aren’t increasing rates, which means they’re losing money. How much money can you afford to lose before you finally decide to increase rates?

Here are some tips if you are ready to increase your rates.

Most storage programs have automatic rate increases, which allows you to set a certain level of increase each month and not worry about it. Everything that I have ever read on rate increases preaches a standard increase across the board, no matter who the tenant is. I see the value in this recommendation because it removes the personal...

Prospect Management involves pricing the customer along with the storage unit. This takes a great deal of salesmanship and may not be easy for all managers to accomplish, but if you can do it right, you can add a lot of money to your bottom line. To begin understanding prospect management, you need to answer the following questions:

Who – Who is the prospect?

Is the prospect a businessman who has a company account and can handle a higher price? Is he a college student on a budget?

When – When will they begin storing items, and how long will they stay? If the prospect is starting right away, urgency is high and she may tolerate a higher price. If she isn’t starting for 3 months, she may have some time to price shop and would be less likely to pay a premium.

What – What will they be storing? Is he storing Grandma’s antiques, and you have the only climate-controlled facility with great security?...

Revenue Management - Step 1: Renting units for what they're worth

Revenue management is not just sending out rate increase letters when your bank account gets low.

Revenue management is the process of getting every dollar out of your storage facility that the market will allow. It’s an overall strategy of effectively managing potential and actual revenue to maximize return, encompassing competition review, market analysis, pricing, facility assessment, and staff participation.

The first step in proper revenue management is renting your storage units for what they are worth when the tenant first moves in. The price of each unit depends on availability of that size, demand for your units, urgency of the rental, and method of rental. Regarding method of rental, there are three touch points where customers will experience your facility before they become a tenant.

How to rent more storage units 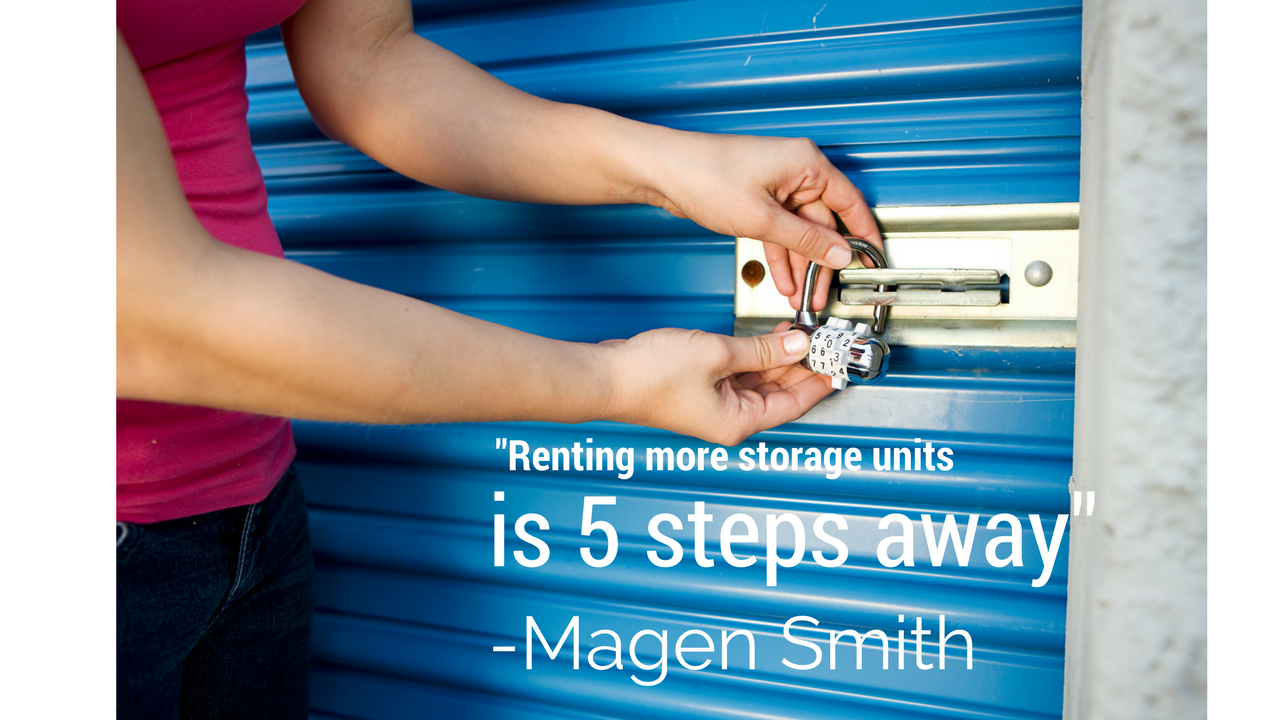 What do you do if you need to rent more storage units? How do you get more move-ins?

Let say a self storage business owner, we’ll call him, “John,” built a self storage facility, thinking that it would fill up within a year. Two years later, he was stuck at 45% occupancy. His manager and weekend employee were nice enough, and the phone rang every time he was in the office, but John wasn’t seeing the results he wanted.

John decided to start tracking the number of phone calls his office received, compared to the number of his move-ins, and he realized that he was only converting 15% of his calls to move-ins. He didn’t know what the problem was. He had already cut rates, run ads, added specials, and put new banners in front of his facility. But how could he convert more phone calls to move-ins? How could he rent more storage units?

If John were my customer, I would coach him through implementing the 5 steps to a good self storage phone call. It’s...

Revenue, Profit and Cash: Is my self storage business making any money?

Have you heard the saying, “Revenue is vanity, profit is sanity, cash is reality”? Nearly all business owners have, but most aren’t entirely sure what it means, and that’s okay. Self Storage business owners need to understand the difference to make sure their facility is making money. Let’s break this down right now, and you’ll be wiser than most of your competition.

Revenue is Vanity: Revenue is the top line on your income statement. For a storage business, it is normally the cumulative amount of rent, inventory sales, and truck rentals. Rental income is usually the largest number in the revenue section, since that is your main business. Seeing a large monthly rental income number and a high occupancy rate can make you feel like your storage business is a success, since you are mostly full and the hard work of marketing and breaking even is over, but don’t let vanity block your view. Here are some factors to consider:

Do you need to increase your occupancy rate? Use these 5 easy tips to rent more self storage units.

1) Give the move-in price, not the monthly rate

When potential customers call your facility and ask for the price of your 10x10 unit, instead of simply answering, “The monthly rate is $99,” differentiate your facility by starting a conversation.

Manager: “Your rent for this month would be $39, then $99 each month after that. What is your name and phone number so that I can hold a unit for you until you can sign the rental agreement?”

Most storage software has a pro-rate feature built in to easily calculate the pro-rated move-in rate. If your software doesn’t, simply use the move-in feature to get the rate, and then cancel the move-in.

Why do I need a Self Storage Audit?

Your self-storage facility is making money, your manager is nice and has been with you for years, your financial statements always look strong, so why do you need a self storage audit?

An operational audit is a deeper dive into your processes. In 100% of audits that I perform, I find ways to make the company run better.

Sometimes these are little tweaks, but sometimes they are massive overhauls. I once found an owner an extra $4,000/month!

Here are 5 reasons why your business needs a self storage audit:

Your self storage businesses may need an audit if

Stay connected with news and updates!

Is your self storage business at risk for theft?
self storage audit
Oct 30, 2018
The mighty self storage operations manual
operations
Oct 22, 2018
6 Steps to More Freedom in Your Self Storage Business
operations
Mar 07, 2018
Close